Daniel was born in 1983 in Langreo, Asturias (Spain). From an early age, he focused his studies on the field of early music and began to specialise in the theorbo in 1999 at the Conservatorio Profesional de Música in Langreo. He graduated from the Escola Superior de Música de Catalunya with the highest grade, alongside fellow musician Xavier Díaz-Latorre. In 2012, he obtained a Master in Musicología, Educación Musical e Interpretación de la Música Antigua at the Universidad Autónoma de Barcelona, receiving unanimous praise by the exam board for his project on Robert de Visée.

As a founding member of Forma Antiqva, Daniel has performed in major festivals around the world with the now 20-year-old ensemble, which has been a big hit with both the public and media critics from the music industry. They were awarded Mejor Grupo de Música Barroca 2018 and Mejor Producción Discográfica 2018 by GEMA (Association of Spanish Early Music Groups) and recently received the prestigious award for Mejor Álbum de Música Clásica 2018 in the MIN Awards (Spanish Independent Music Awards) for their CD Concerto Zapico Vol. 2.

Daniel regularly collaborates with La Ritirata (Josetxu Obregón), winner of El Ojo Crítico de Música Clásica 2013 and the Premio de Cultura de la Comunidad de Madrid 2017; as well as the Belgian group Ricercar Consort (Philippe Pierlot), with which he has played in several of the biggest festivals in the world, such as the White Light Festival in the Lincoln Center in New York and La Folle Journée in Nantes (France), Ekaterimburgo (Russia) and Tokyo (Japan). His close collaboration with Nino Laisné has recently led him to feature in the artist’s show Romances inciertos, un autre Orlando, participating in more than 100 performances over the last three years, most notably the Festival d’Avignon and the Théâtre National de Chaillot in Paris, the most important festival and theatre in France, respectively. During 2020, this show will be touring around Australia, Asia and Canada. 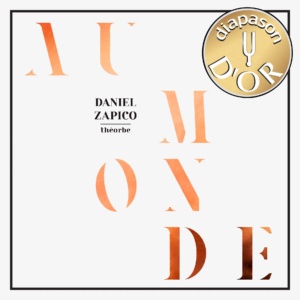 To register please fill out this form adding the receipt of the registration and your  biography. THE LAST TERM FOR REGISTRATION IS 20th of AUGUST. Once the maximum number of students has been reached for each course the registrations will be put on the waiting list.